A garden to remember Emma and Laura 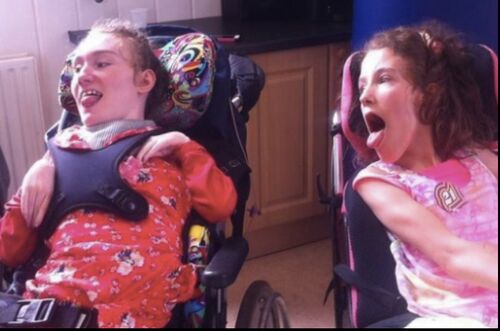 A heartbroken Dublin mother and daughter are attempting to raise money for a special tribute garden for their sister and her best friend who passed away within a month of each other.

Emma Brown-Keating sadly died on January 27 this year at the age of 27 after battling a non-COVID related illness.

The pair had been best friends and attended St Michael's House in Baldoyle since they were just three years old.

And Emma's older sister Lyndsey and mother Paula were left devastated by her passing.

Go Fund Me Page for Emma and Laura

Unfortunately at the start of December Emma started to get ill, and she passed away on January 27.

"My sister was our life," Lyndsey told Dublin Live.

"For 27 years we loved and cared for Emma in such a special way.

"My Mam Paula dedicated her life to Emma and sacrificed her own life to do so, but would never have had it any other way."

But, while sitting in their kitchen preparing for Emma's funeral, Lyndsey and Paula had the brilliant idea for the remembrance garden they will call 'The Laughing Place'.

The garden, which will be at the school that became such a big part of both Emma's and Laura's lives, will be fully wheelchair accessible, including having special wheelchair swings.

"I decided sitting at my Mam's kitchen table writing out my eulogy for the funeral to set up a GoFundMe as everyone was texting me asking where would I like a donation made on her behalf," Lyndsey recalled.

"We really think these children deserve an area they can all access.

"Disability or not they deserve to be treated the same.

"Mam came up with the idea to create a garden for the children and call it 'The Laughing Place'. We are trying our very best to raise as much funds as we can to make this happen in memory of our two girls.

"They came into this world 27 years ago together and left it together.

"If love could have saved them they would have lived forever."

Thank you to Dublin Live for covering this story .